In summer, Bakhmaro is one of the high-altitude tourist resorts in Georgia at around 1,900 meters. Many families from the surrounding area have huts here. There is even a hotel (without heat) and a small number of guesthouses. In winter, Bakhmaro was uninhabited and not accessible.

Because of its snow reliability, Bakhmaro was planned to be a ski resort in Soviet times. A feasibility study was prepared in 2007 by an Austrian consulting company. They emphasized the skiing potential of the place and in 2016/17 a masterplan for a year-round destination was prepared. However, nobody realized the freeride potential of this place until powderproject.ch came.

powderproject.ch has been the pioneer in Bakhmaro, the first who spent a winter and who scouted and developed all of the tracks. Nobody knows the area like they do. They have been offering catskiing in Bakhmaro quite successfully since 2016. It is a unique experience, free of the rush of mass tourism.

After 3 years, powderproject.ch's stay has come to an end in Bakhmaro. However, a local partner team will continue this magnificent project and you can still be a part of it.

Pioneers of Bakhmaro will continue to set standards for quality and safety in Bakhmaro. And Aslan, Tengo and Aslan will continue to prepare the best tracks and bring the groups safely up to the drop-offs. Nobody knows the terrain better than these guys.

Groups will ride the legendary "Japanese Trees" again, the open slopes at Biasura and the beech trees at Maximundo.

Pioneers of Bakhmaro have rented the same house again. The landlord will do some improvements during the summe.

Please expect a basic mountain hut with rooms for 2 to 5 people each. Rooms can be arranged with bunk beds. There will be a basic sauna and just limited number of bathrooms.


For breakfast, next to the obligatory khachapuri, there is "small chicken" - eggs as omelette or fried eggs, home baked bread and honey from local beekeepers. At lunchtime, there will be a simple snack on the slopes to maximize ski time during the day. In the evening, expect Georgian cooking at its best.

Impressions of our first seasons

5 reason to ride with us 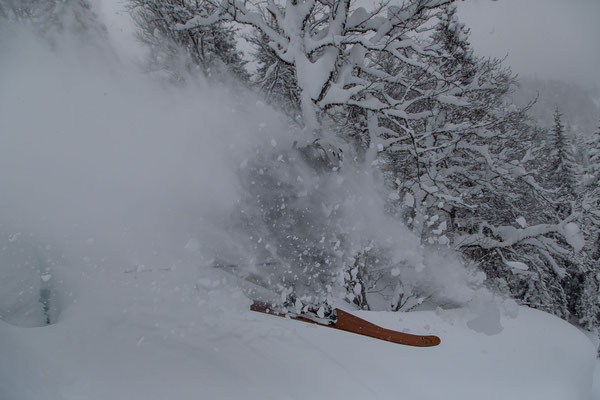 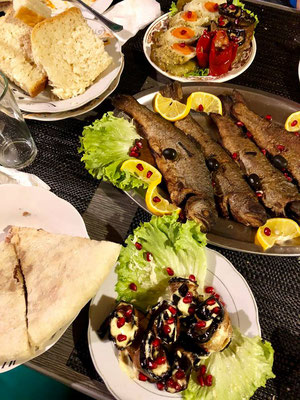 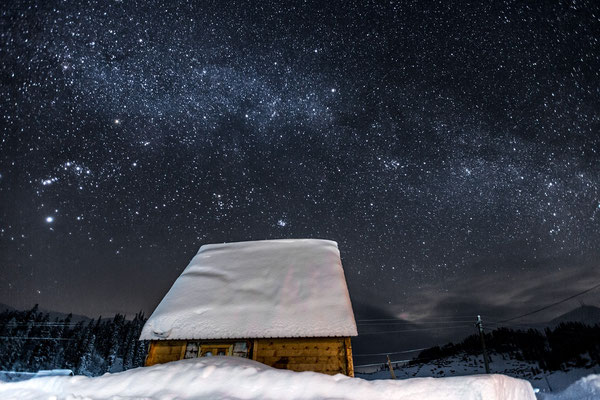