Catskiing is often seen as a "little brother" of heliskiing - especially as a cheaper one. But Catskiing has a handful of real advantages over heliskiing. The most important is the independence from the weather. Pioneers of Bakhmaro drives every day. Downdays due to bad weather just do not exist. On supposed bad days Pioneers of Bakhmaro drives the famous tree runs - the tree line reaches in Bakhmaro up to unbelievable 2'200 meters! During a whiteout, the drivers follow GPS-tracks and for the riders trees provide enough contours for unforgettable downhill runs.


Another advantage is the relaxed atmosphere, compared to the stressful entry into helicopters. You have the whole day, depending on the weather and group the cats operate from 9:00 clock to 17:00 clock. So you will get to a stately number of vertical meters.

In Georgia we operate PB300W Polar for our groups and there is always one back-up machine ready to go.  Each snowcat has got a heated cabin for up to 12 freeriders. The cabins have been custom made according to plans to match our high quality and safety standards.

The local drivers are professional tractor drivers with years of experience with working in snow. They know the area, the mountains and all the tracks from summer. They grew up in these mountains. For driving the Pistenbullys they have been trained by Austrian experts.

It can always happen that a snowcat has a technical problem, but our team of drivers and mechanics is always ready to solve them. Many problems can be solved directly on the mountain. In Chkhakoura we run our own garage and workshop with spare parts and all necessary tools. Here we can also provide a professional service in summer. In the worst case, a backup machine is available. For us, the safety and availability of a Snowcat for our groups are key points of operation.

The groups are led by experienced local guides. In recent years we have been able to build up a pool of young, freeride-oriented mountain guides who speak good English. Since autumn 2021, the Georgian Mountain Guide Association has been part of the world association IFMGA.

Our guides create their own daily avalanche report with LoLa®. They know the terrain, our safety equipment and standards. If the worst comes to the worst, they can easily communicate with local forces. A back-up team is also available at the base. This ensures a high level of security, systematics and local knowledge.

Our guiding concept is based on understanding experienced freeriders as partners on the mountain. In addition to basic safety, we want to ride good lines and strengthen the experience in the group. Communication is a cornerstone that we are constantly working on.

Experienced Georgian guides lead the groups. But we also see it as our responsibility to give young Georgian guides the opportunity to learn from experienced guides with us. A lot of freeride experience, good English, local knowledge and a "modern" guiding approach of freeride groups (safety, communication skills, etc.) is important to us.

Bakhmaro is a location in the Lesser Caucasus with an above-average amount of snow, but we move in nature and are at the mercy of her whims. Sometimes it doesn't snow for a long time, then there is so much snow that freeriding is hardly possible.

There is usually good snow conditions between the beginning of December and the middle or even the end of March.

In December the sun is low and has little power. The days are short (it gets dark at 5:00 p.m.). But creek beds and bushes are not snowed in yet. It's still early season and only a few freeriders are there. But even light snowfall offers the best freeriding for many days. My personal favorite month for freeriding.

In January, the snow base rises and more lines become possible. But the number of freeriders also increases significantly towards the end of the month. There have been warm temperatures around and even above zero degrees, but it can also go down to -25°C.

February is peak season and it's no longer lonely in Bakhmaro. The days are much longer and the sun is very powerful. South slopes are spoiled after a day. The snowbase reaches its peak, which can vary greatly from season to season.

In March we have had heavy snowfall several times over the past few years, which made for perfect powder weeks until the end of the month. There aren't that many freeriders anymore, which increases flexibility again. But when the sun comes out, it gets warm. On the other hand, there is the possibility for beautiful firn descents.

The most important asset we have is our team of locals.

From the very beginning a key for our project was to involve locals and provide jobs for these great people in the mountains. We want to have an impact. We also try to buy food from the local farmers, trout from the local fish farm and honey from the local beekeeper.

For our local staff we pay the pension fund and our staff is all year round health and accident insured. By now we are the biggest employer in the village and provide income for a dozen families.

Most employees started one day stayed with us untill now. 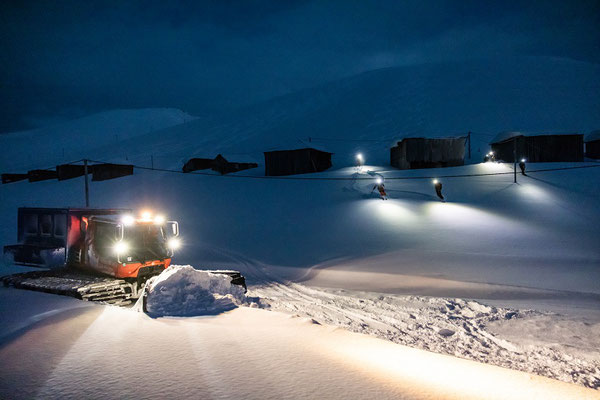 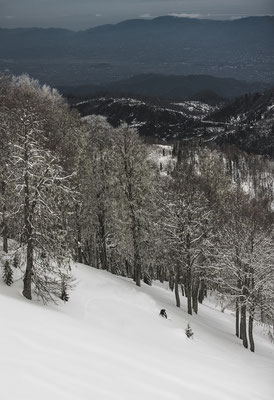 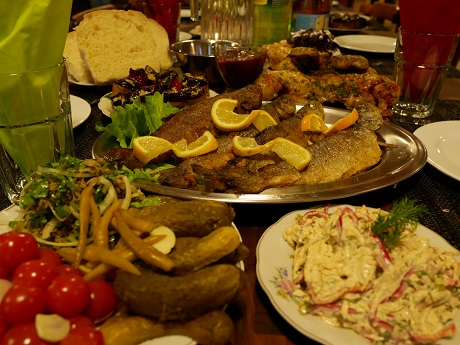